Birmingham – the city that surprises and its surroundings that wrote history 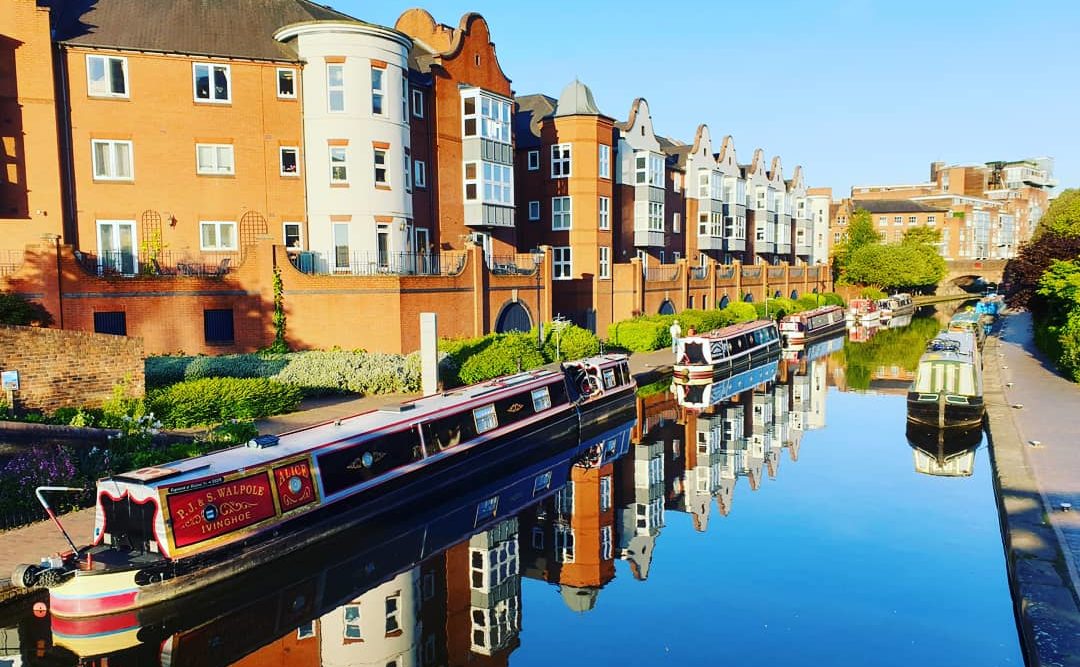 A friend of mine moved to this city – 200km northwest of London – about 2 years ago because of her husband’s work, and to be honest, she didn’t speak about it with high promises. But she wasn’t the only person who had a not-so-positive opinion of Birmingham, the city that doesn’t necessarily belong to the top tourist destinations in England. Honestly, I too had strong reservations about this old industrial place. However I had some kind of a drive to see what was so unpleasant abound it so I hopped on a Wizz flight to not only check out what’s up with the city but also to spend time with my bestie and her baby. And now I’m extremely glad that I had the chance to experience first-hand that everyone was wrong about Birmingham!

The minute the train arrived from the airport to New Street Station, I felt and kept thinking that this place is not that bad at all. The first thing that stood out was how beautifully the wall of the old brown-brick station was combined with the new building of a mall covered with glass panels. I found this city very cozy at first glance! I think the downtown area where past and present meet, the old industrial and the modern architecture blend in extremely well, and the canals, oh the canals, give it an extra special feel. There are obviously suburban districts not to visit, but which major city has parts  that should be avoided? 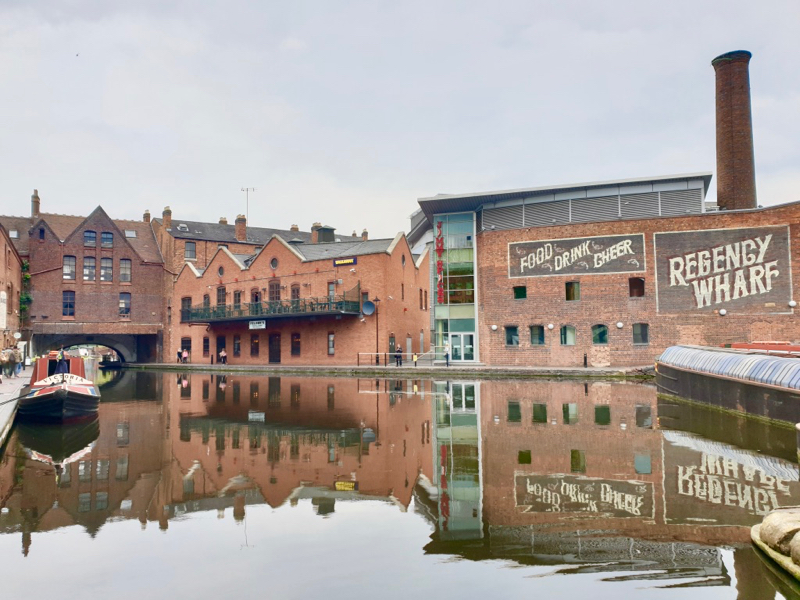 And outside the city there are plenty of sights that are worth a detour. There is for example Shakespeare’s hometown or Black Country Living Museum in Dudley.

The fastest and most cost-effective way to get to the city is to use the rail. From Birmingham International Airport you can reach the airport’s train station by a free air-train (departs every 2 minutes) in only 2 minutes. There you need to buy a ticket to Birmingham New Street, fastest using the vending machine. One-way fare costs £ 3.80 and the round-trip fare is £ 7.30. But be careful not to fall into the mistake of mine: I bought the return ticket and it turned out that it was valid on the day of my arrival – despite the fact that the customer service lady claimed it was valid for 1 month. So I had to buy a new one. Lesson learned…

One of the most notable sights in the city is St Philip’s Cathedral, built in the early 18th century, a few steps away from New Street and Victoria Square. Set in a cozy garden, the church is open for visitors from morning until the evening. Since we landed in the morning, I found myself at the gate of the church quite early. It was raining outside (as is the case with England generally), and there was a mass inside. I took this as a heavenly sign and I entered the church and sat with the worshipers until the end of the mass. After being spiritually refreshed, I stepped out to the street and there was only the sign of the rain on the streets, so I walked over to the city’s main square, Victoria Square. The Town Hall”s and the Town Council’s buildings are located on the huge square. Also the Knife Angel was “decorating” the space during my stay. It is a statue made of knives that has been exhibited in several cities around the UK, drawing attention to the frequency of knife attacks in England and commemorates the victims of such offenses. 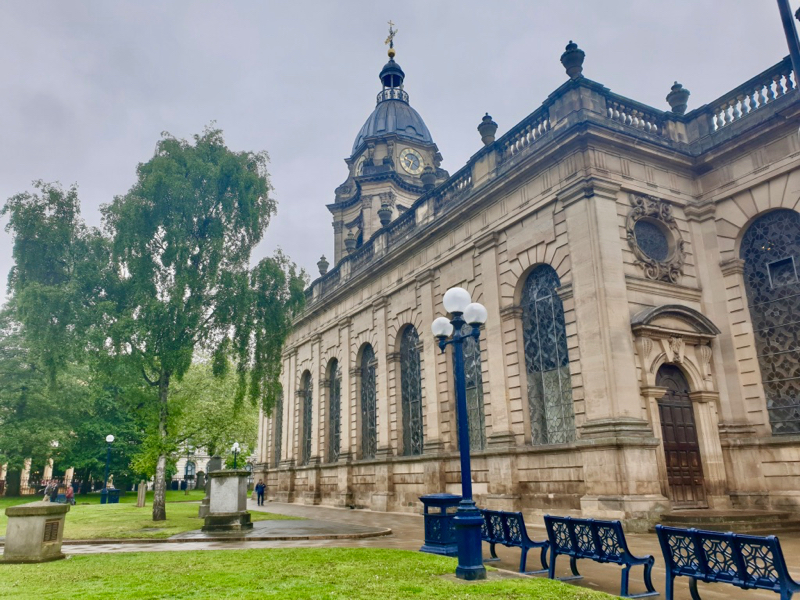 By the time I walked around the square, my friend arrived to pick me up, so we humped into the car.

We traveled to the Jewellery Quarter, which is still the jewellery center of England. This vibrant neighborhood is home to more than 700 jewelers and retailers. And there are countless cafes, pubs and restaurants on the streets to enjoy a meal or drink in. 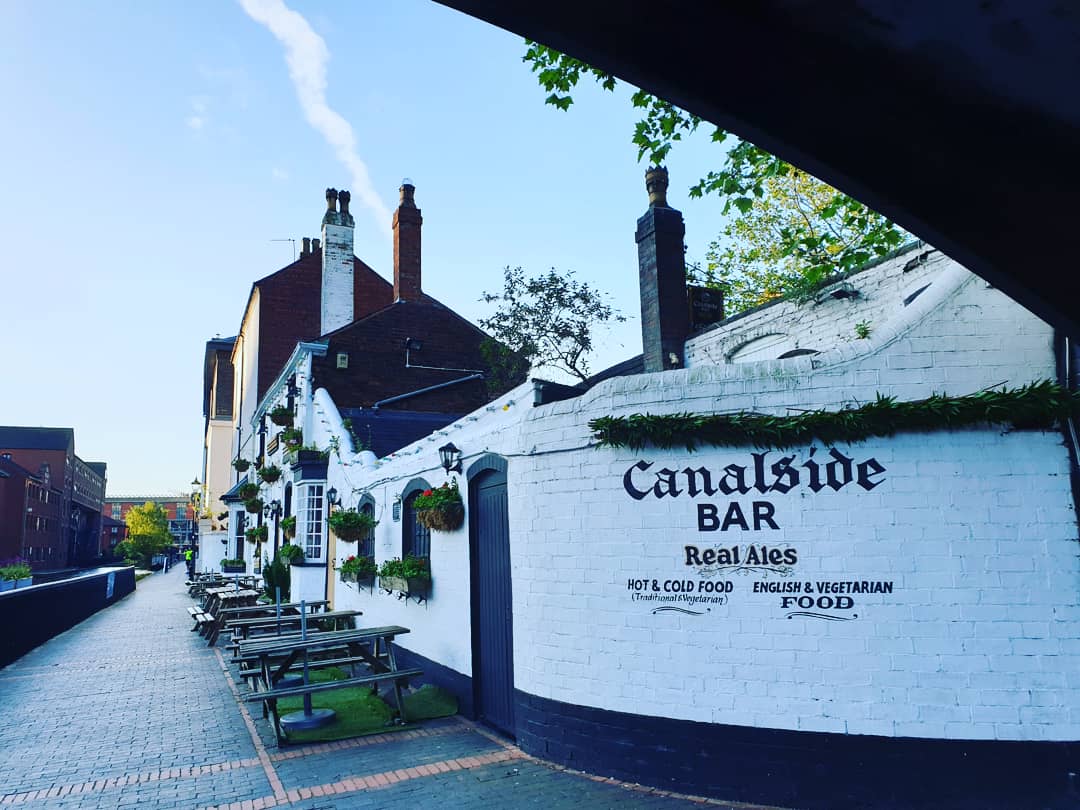 What I liked most about the city was Theatreland and the Westside neighborhoods. Their streets are crossed by canals, bridged by small passageways. The beautifully renovated and modernized brown-brick industrial buildings on the banks of the canals are reminiscent of the city’s former industrial past and importance. Along the pedestrian area, narrow & shallow but very long boats anchor on the waters. Some of them operate as restaurants or cafés. 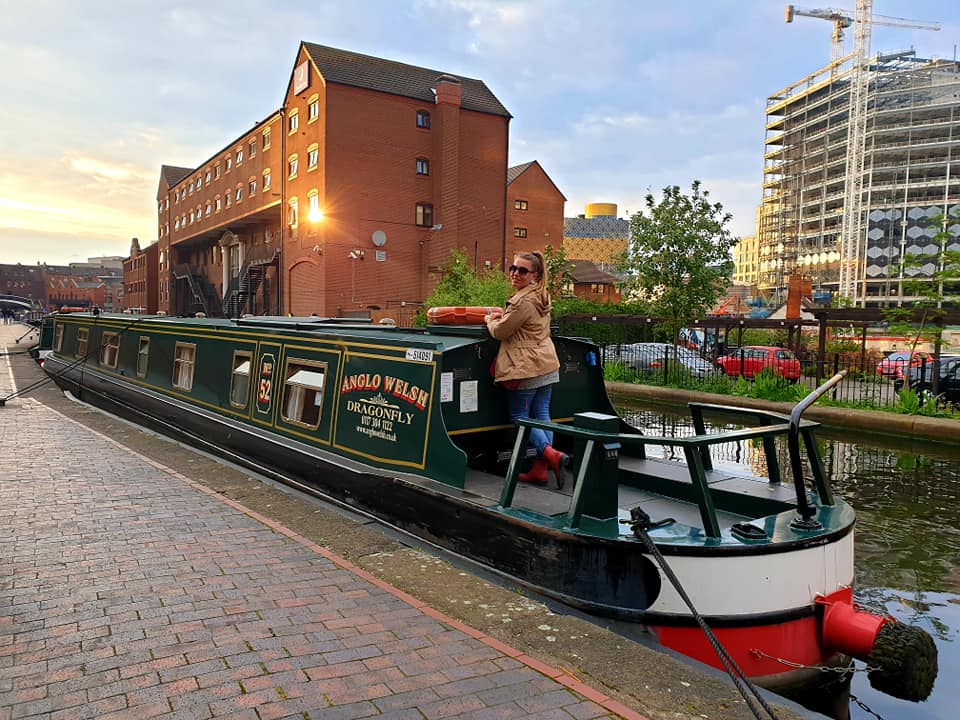 The promenades are lined with bars and pubs. Perhaps one of the most exciting of them is the Malt House, which is housed in a former malt processing mill. The building almost screams that within its walls typical English food is cooked and served, in hearty portions. 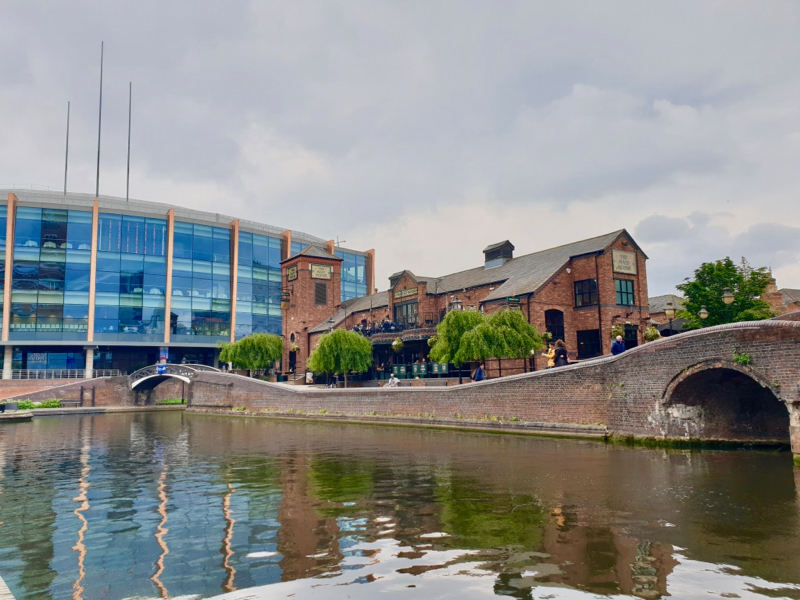 These two quarters house also the buildings of Legoland and Sealife (as the name suggests, a large marine aquarium). With kids it can be interesting to visit and explore. It is worth buying tickets online in advance because you can save a lot and even combined tickets are offered online. 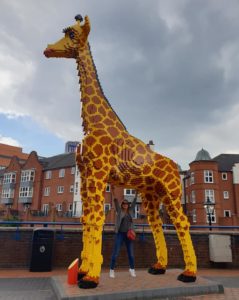 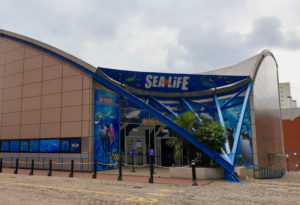 + Restaurant recommendation: If we have enough of English food, maybe a little American might be worth it. Coast to Coast is an exciting American-style restaurant. Not only because they offer the best flavors of the US, but also because they have a “pay 1 get one free” promotions every day during brunch time.

This small town is the birthplace of England’s most famous writer, William Shakespeare who was born and died here and created in Stratford the world’s greatest playwrights. This English town is so captivating that I could have spent several days exploring its picturesque, typical English streets and charming parks. Wandering around the peaceful town – even though many people visit it – feels like jumping back in time a few centuries. The quite afternoon is only interrupted by the kids leaving school on the city’s main street, High Street. 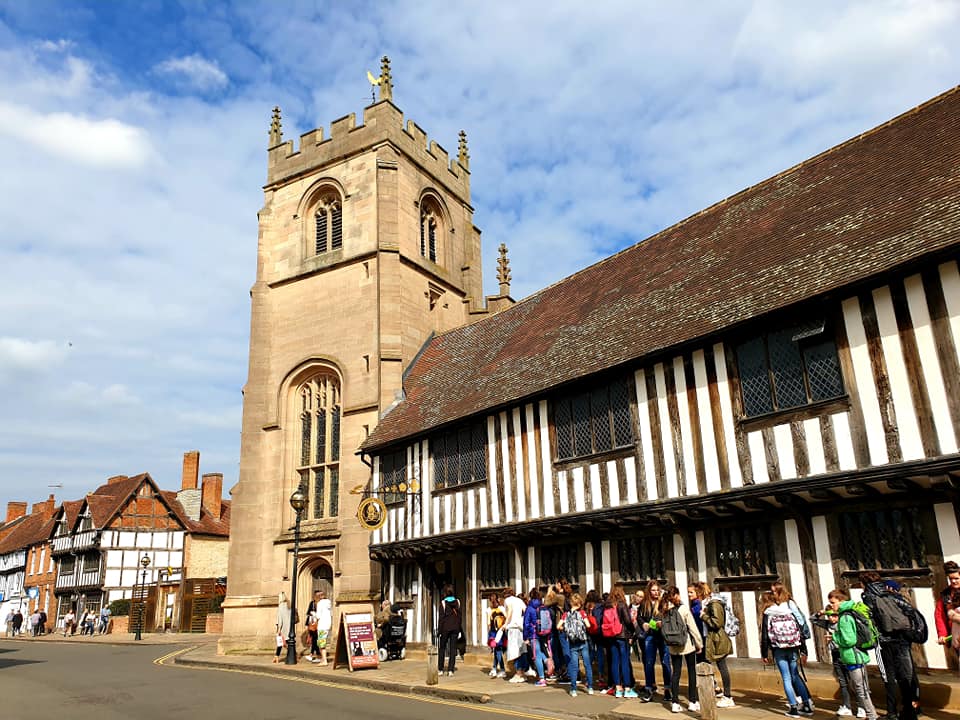 Pay a visit to Garrick, the city’s oldest pub, housed in a 15th-century building. Not only are they brewing fine beers here (that can be tasted at the counter on request before ordering – at least I was offered a few sips by the English gentlemen behind the tap), their food is excellent as well. Real English flavors and big portions. It is worth trying the famous fish & chips, you can’t go wrong with it. 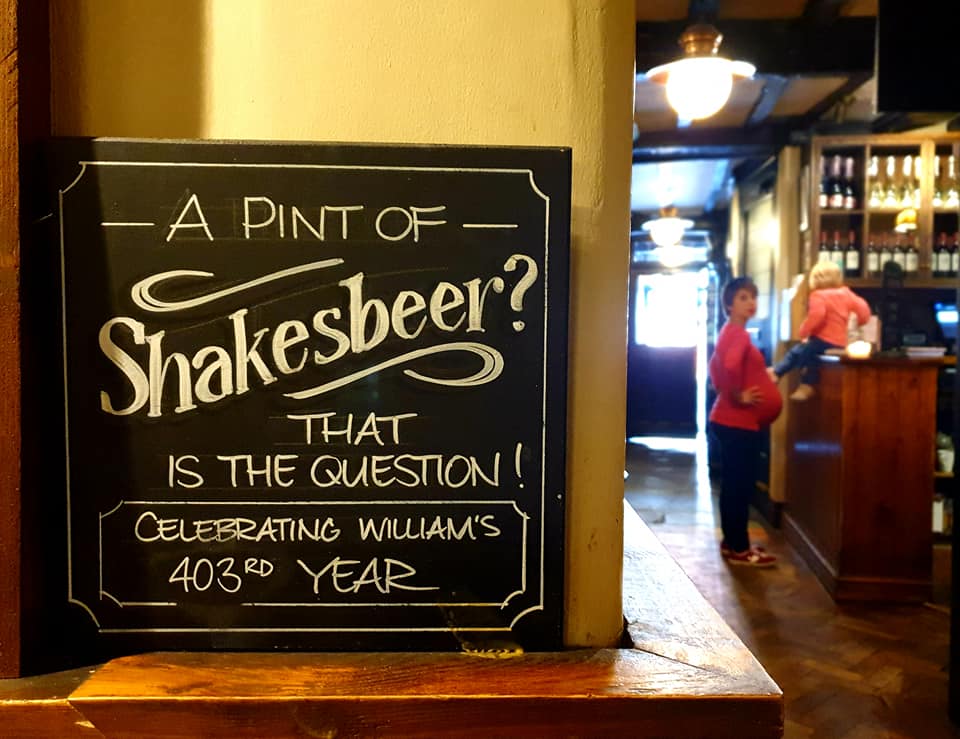 Take a tour of Shakespeare’s birthplace and the home of her daughter Susanne Halls, Halls Croft, which today serves as a museum. Visit the Holy Trinity Church, also known as Shakespeare’s Church, where one of England’s most famous sons was baptized and buried. North of the church, on the banks of river Avon, is a big park, home to several theaters, but the park offers sport activities, it’s perfect for picnics and canoeing on the river. 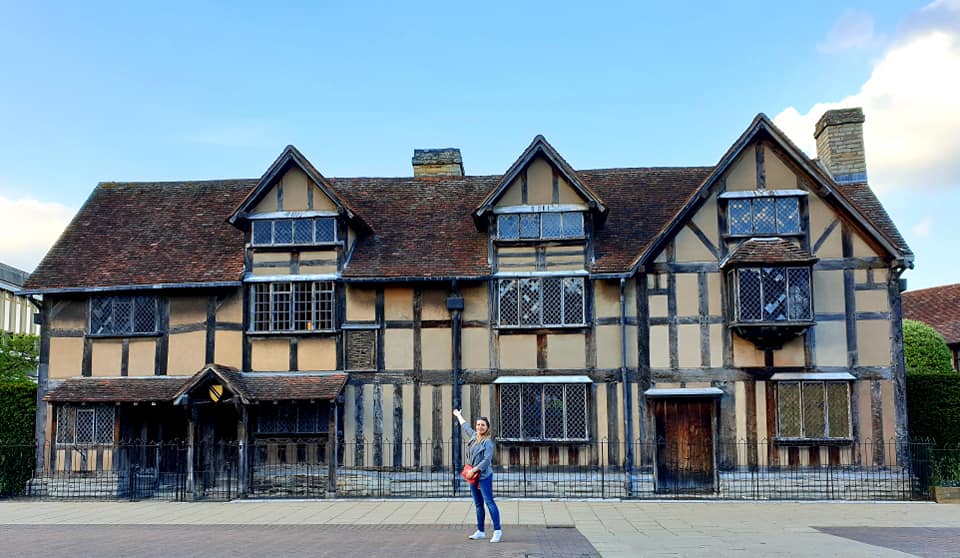 From Birmingham Moor Street or Snow Hill Station we can reach Stratford in 1 hour traveling on West Midlands Trains. A return train ticket is available from £ 17.

When Vero, my friend, suggested to visit a museum, I imagined a typical one and honestly, I didn’t have much of a mood for it. For me to be towed to another city and then locked between 4 walls to look at the history of the area… not really! But it soon became clear that there was no such thing like spending the afternoon locked in a building!

The open-air museum covers 26 acres and shows the history of the past 300 years in this part of England, the area that is also referred to as the “cradle of the industrial revolution”. The name “Black Country” comes from the massive coal mining in the area. Also here, coal was first used to melt iron. 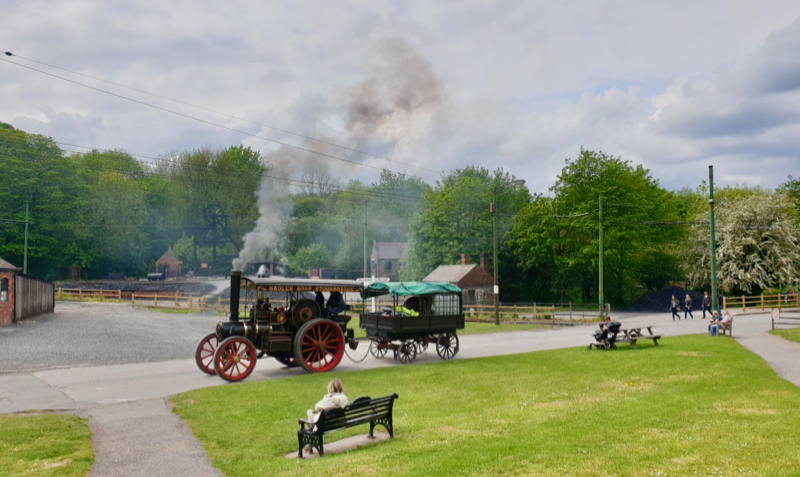 Here history literally lies at our feet. You can attend an Edward-era school lesson, walk around the fair, try some old street games, watch a movie in the authentic cinema of the 20s, or just walk in the village stunned by old-time buildings and their storefronts, drugstores, shoe shops, etc. Buildings have all been moved here from the area, often brick-by-brick. 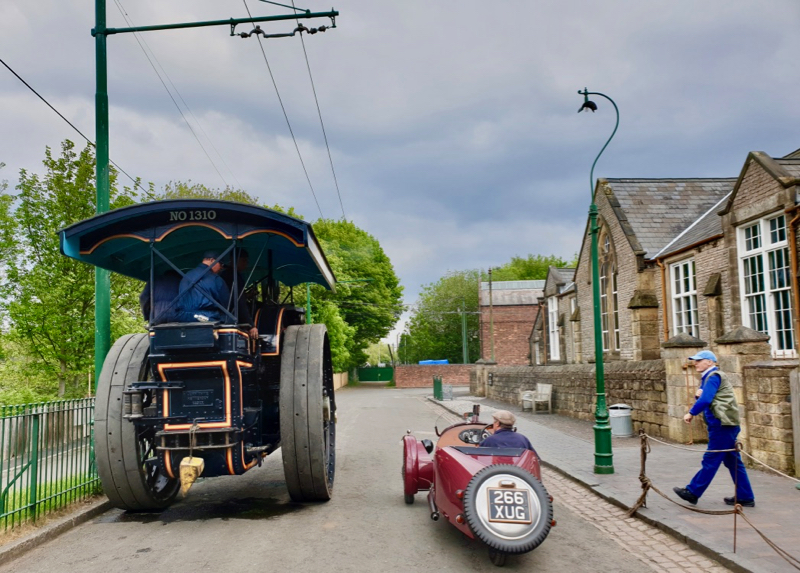 When getting hungry, you can go to a bakery or stop by at Hobbs & Sons restaurant, where the £ 7 fish & chips is said to be the best in the area. Unfortunately we arrived late (open between 11: 30 and 16: 00 daily) so I had no chance to confirm the opinion of fans of fish & chips, but I trust my friend. The craft beer sipped at the Bottle & Glass Inn tasted divine though. Make sure to have cash on you, as cards are not accepted anywhere in the museum area. 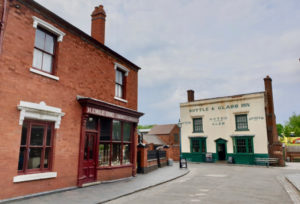 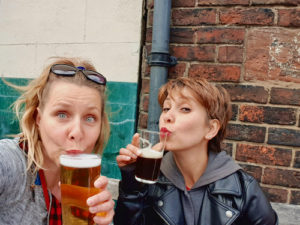 Well, as far as I was concerned about the “museum”, I loved the whole of it, its atmosphere, the fact that we could fly back decades, centuries in history. And that we could talk to people whose ancestors were active participants of the happenings back in the time, as here, in the open air museum, there are many volunteers from the area. 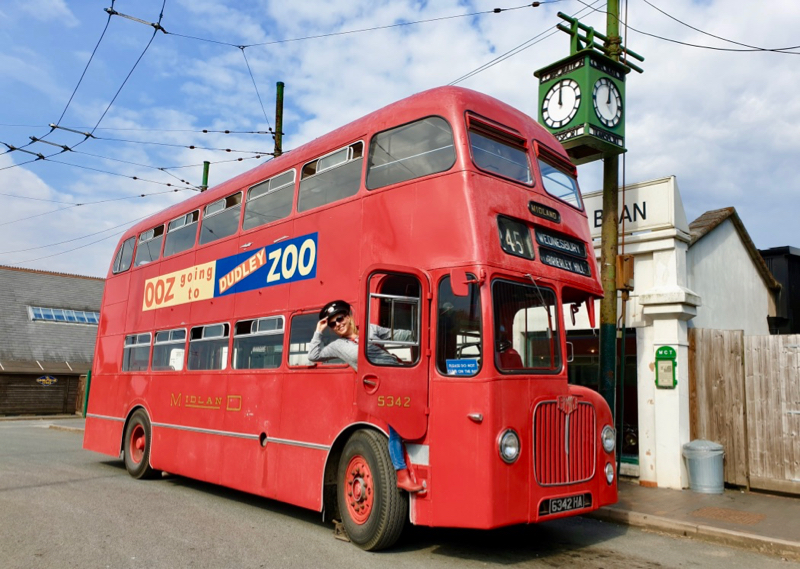 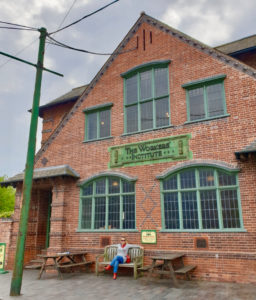 The entry price is a a bit hight, £ 19 for an adult ticket, but there are several discounted family tickets available. And to be honest, every penny is worth the time spent in the museum. We only spent half a day there, but I could have stayed for many more hours.

The nearest train station is a 20-minute walk from the museum entrance. From Birmingham New Street Station to Tipton the route is just over 15 minutes. The return ticket costs around £ 8.