The faces of Zanzibar II. – Nungwi and the north 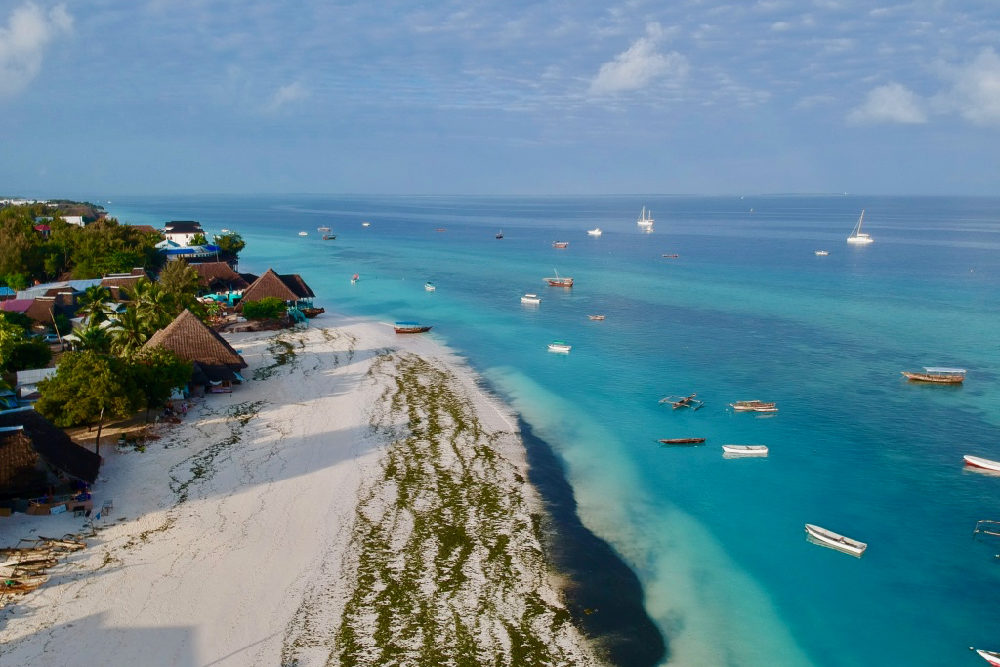 Nungwi used to be famous for its fishing, but today it is Zanzibar’s most visited tourist towns, the second largest on the island. It is located in the northern tip of Unguja (the official name of the island) and according to some sources (CNN) in 2004, Nungwi Beach was on the list of the world’s top 100 beaches.

I don’t want to be a mudge, but I think the eastern shores are far nicer than the ones on the north and west, though I don’t know what the situation was in 2004. I can even imagine that it was kind of a business pull to make Nungwi a popular destination.

As I mentioned in a previous article, we wanted to see as much of the small island as possible, so we decided to stay in 3 different places. Nungwi was our second stop.

As our driver drove us along the asphalt-covered main road towards the village, more and more tin roof tiny buildings on both sides were lining up. Many of them are not only homes to entire families, but they function as little roadside stores, where locals sell vegetables and fruits, sometimes electronics, maybe gas bottles or clothes. When we reached the central roundabout, the asphalt road suddenly vanished and instead, dirt roads crossed the entire small town in every possible direciton. Since we arrived after a very heavy rain, we had to fight ourselves through huge puddles and try to make sure that we don’t get stuck in a bigger mud field. The local kids and some adults were walking barefoot on the dirty, muddy streets.

As soon as we reached the main square of the village (at least I thought it was the “center”), it was obvious that everything was settled to serving the travelers. Along with countless accommodations and restaurants, souvenir shops, merchants offering their merchandise and services, we stumbled across a number of larger “supermarkets” and saw official exchange offices and a pharmacy, as well as several shops specializing in alcoholic beverages. Later, after realizing that a cocktail cost $ 10, we visited one of the alcohol stores to mix some drinks for ourselves, which we enjoyed at the beach during sunset. Or before. Basically any time we felt like…

Our accommodation was once again located directly on the beach (Beach Baby Lodge), where, like in Jambiani, there were a variety of restaurants, guesthouses, villas and several larger hotels lining the beach. The difference was that Nungwi was a much more lively town than the village on the east side. 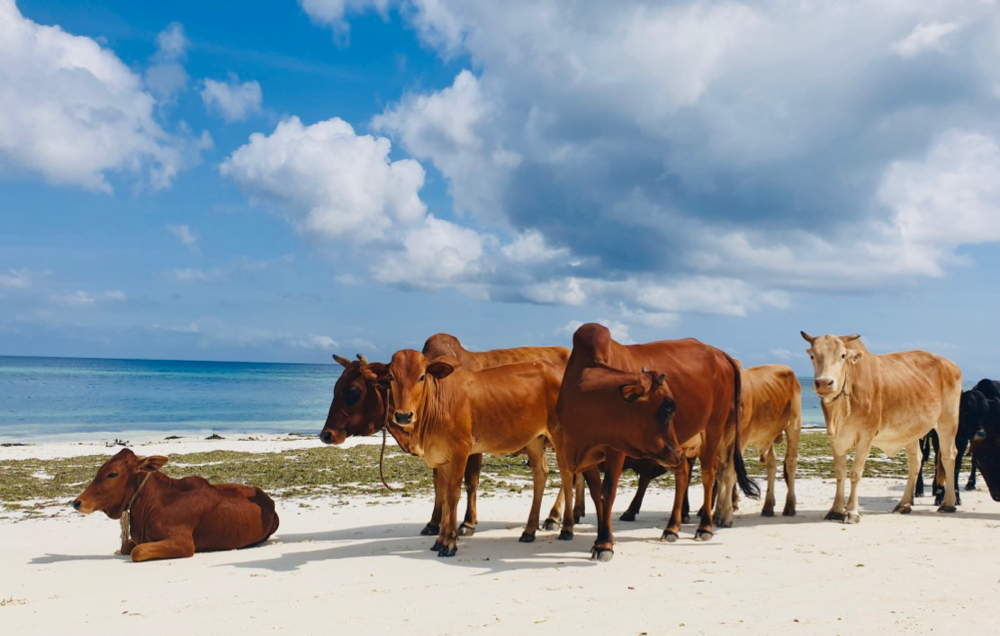 1. Snorkelling or diving at Mnemba Island

Mnemba is a tiny island just northeast of Unguja, about 2 km from the coast. The island is surrounded by a huge, almost untouched coral reef (which is also a nature reserve), making it a favorite destination for diving and snorkeling enthusiasts during a vacation in Tanzania. 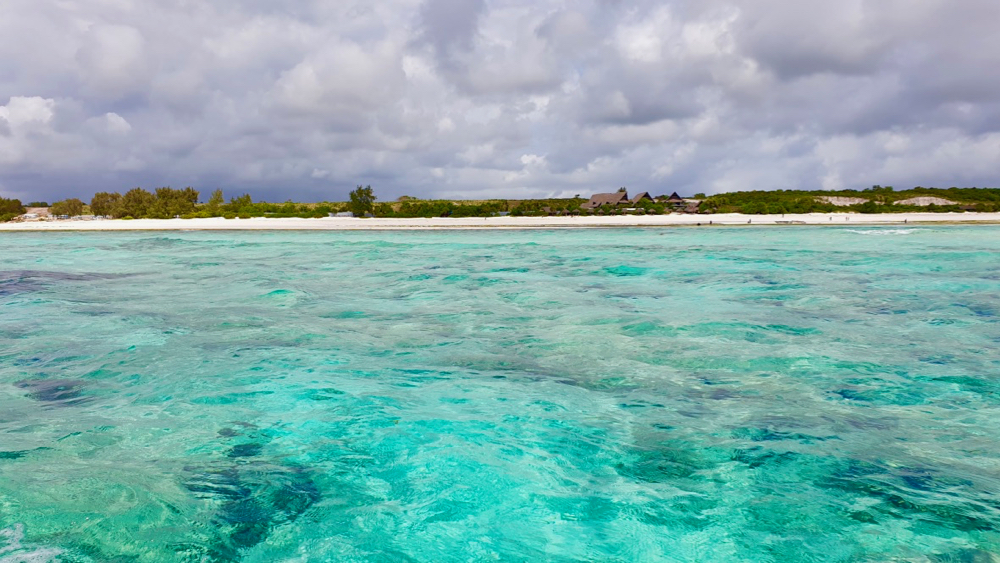 The periphery of Mnemba is only 1.5 km long, so you can walk around the island relatively quickly. Well, only the very fortunate ones, as the island is privately owned with only one hotel built on it where the price starts at about 1500 USD a night. For 1 person. So better let’s get back to snorkeling … 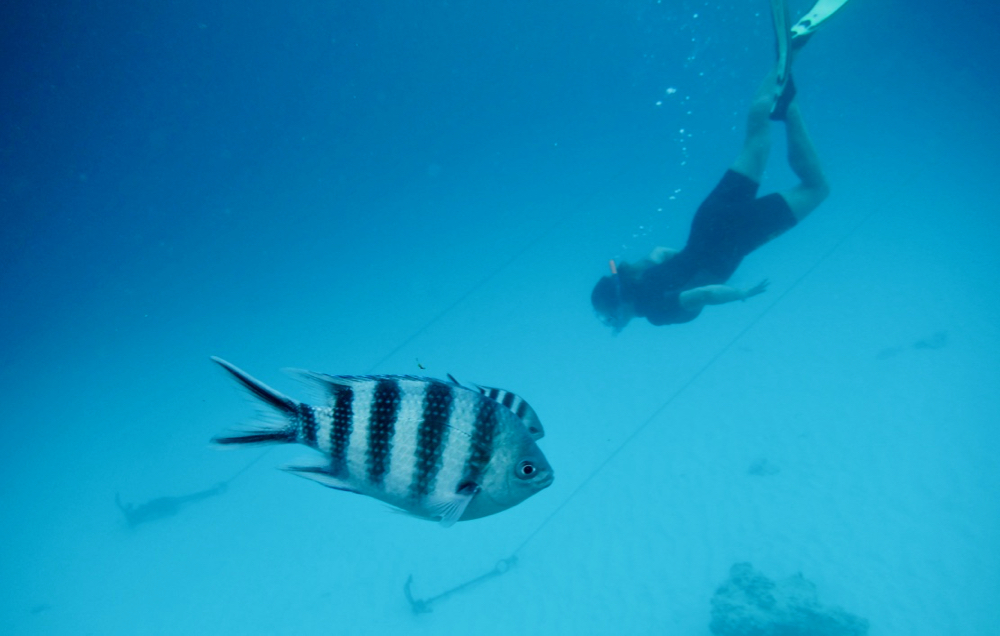 Most snorkeling tours start from Nungwi and you can sign up for a 4 hour or a full day adventure through various sources.

Through your accommodation / guide

Every accommodation can arrange any kind of program in Zanzibar, and the same applies to guides but even to drivers – anyone of them can set up anything. But by the way, actually everyone here, because everyone is a relative or a friend of someone who knows someone… 🙂

Beachboys, are circling all day long on the beach. They offer a variety of services. For some reason we were not convinced by them in Nungwi. Maybe because the people we met weren’t locals.

Since the two options above didn’t work out so well for us, we decided to try to find an intermediate solution that we thought would be cheaper and in the same time secure. So we walked into a dive center located two buildings from our accommodation to see if it was possible to book a snorkel tour. And they had just been assigned the next day for a full day dive tour of 2 dives, so we were able to join the team.

Snorkeling itself is always and uplifting pastime to me, but so was the boat-ride on the endless turquoise waters. The icing on the cake was when the helper boy spotted dolphins swimming around while we were sitting on the boat between two dives. Because the locals are quite familiar with their movement, they managed to make us jump into the water to see them up close and swim a little with them. Again, we experienced something incomprehensible. 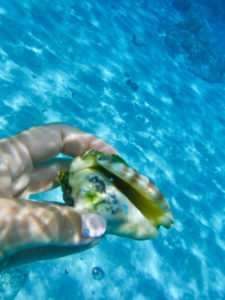 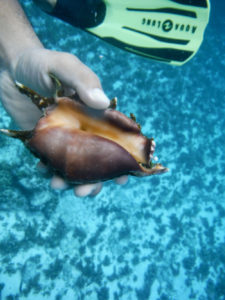 TIP: if recommended by the tour guide, make sure to take the advice and wear a wetsuit. On one hand, you will not get totally burned, and on the other hand, even if the air is 30 degrees Celsius, spending over an hour in the water during the “winter” period can be a bit chilly (we were there in August). 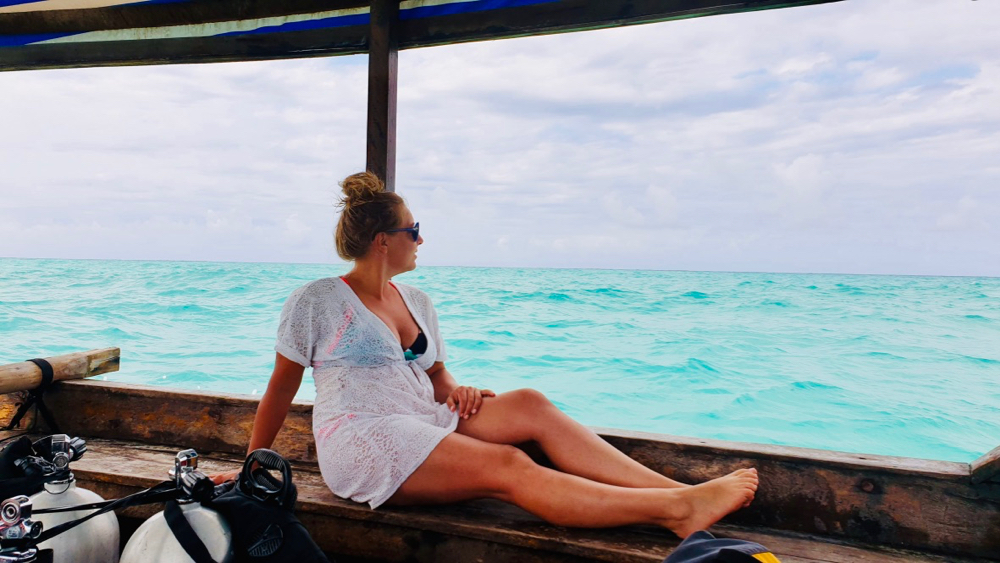 This non-profit organization, founded in 1993, is fighting for the survival of sea turtles native to Zanzibar. Inside the resort is a natural saltwater lagoon that is separated by a reef from the Indian Ocean. There are many smaller pools for the little turtles and as they grow, they move into the bigger ones step-by-step. When they become mature individuals, they move into the lagoon and then released at the right moment. 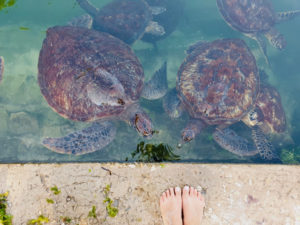 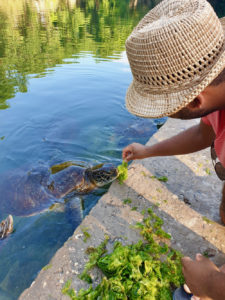 Every visitor at the center is guided by a staff member who tells the story of the turtles and the place itself. 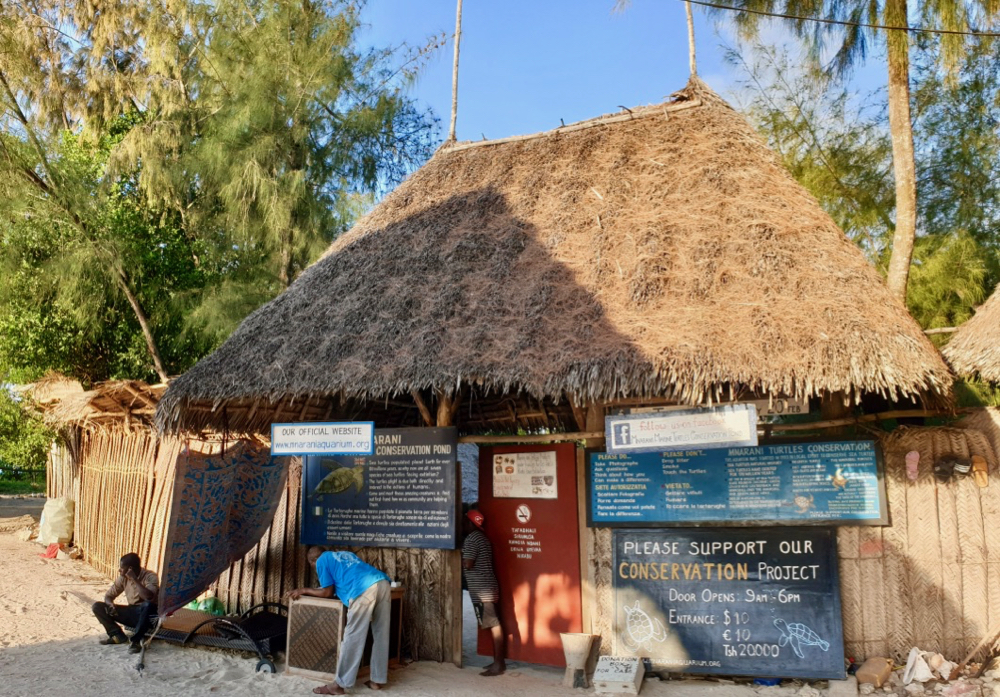 TIP: spend more time with these wonderful creatures, ask the staff about them and the functioning of the organisation, and don’t forget to donate some shillings to them.

3. Walk around and buy souvenir in the town and on the beach

Nungwi is a typical tourist town and it is very well-equipped. There are plenty of souvenir shops not only on the beach but in the city as well. And if you want to gain an insight into the world of the locals, then you might want to break out of the waterfront idyll and dive a little deeper into where ordinary people live their daily lives. Believe me, it’s worth it.

I honestly admit that we only tried 2 restaurants in Nungwi. It’s because we were so pleased with one of them that we found ourselves there all the time. And of course it was comfortable to walk out of our room straight to where the food is… It was only on the last day that we gave in to eat elsewhere, but only because I was craving pizza for days then.

Beach Baby Lodge also has a restaurant and bar. I think it was a good choice to spend our 3 nights there. The rooms are stylish and spacious, each with a small terrace. We were lucky to be checked in to the very first room, so when we wiped the gums out of our eyes in the morning and stepped out the door, we could see the sea immediately. 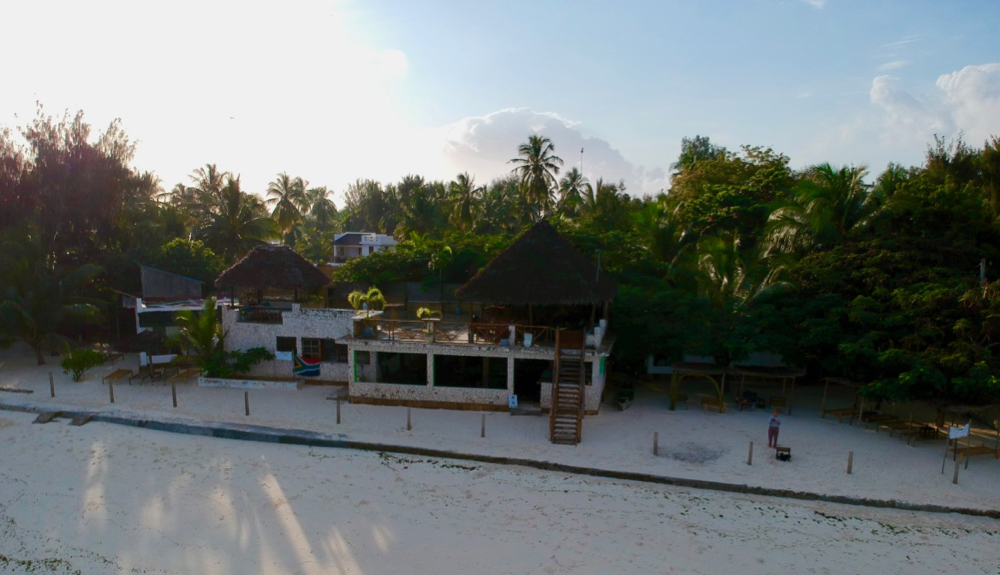 Its restaurant (located on the ground floor of the central building) offers very tasty international and local dishes in large portions, served in a tasteful way. Breakfast is also served here, which is a bit unsatisfactory, because although there are delicious meals to choose from, the portions are very small. I have informed the owners of this fact and I hope they will make a difference. 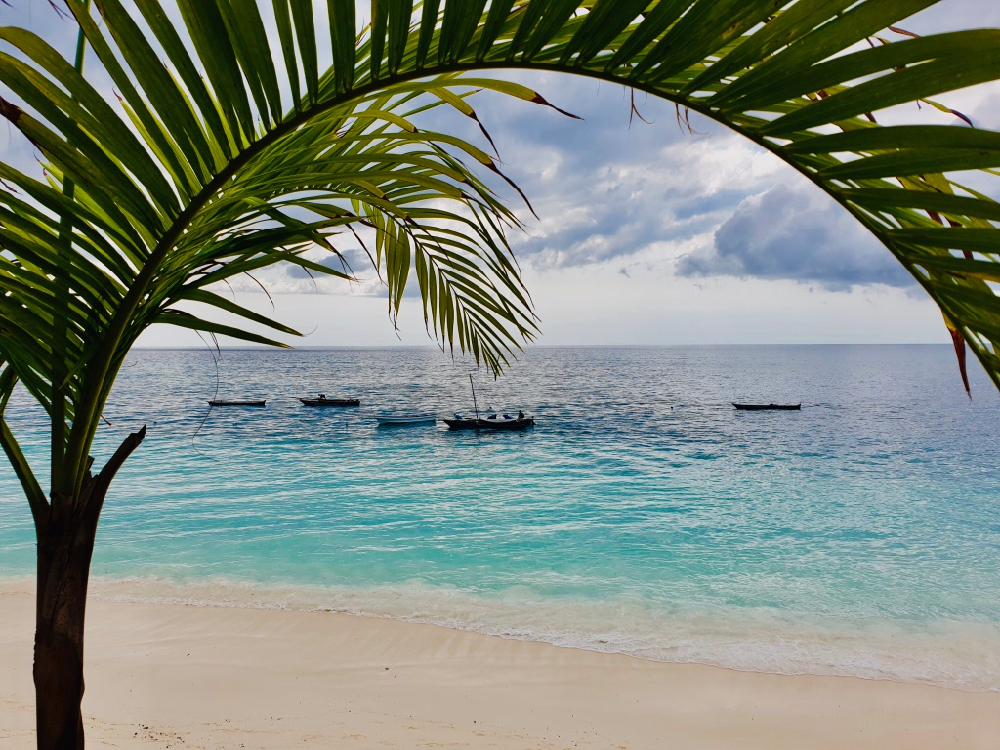 Upstairs there is a bar where you can even play table tennis and various activities are organized almost each night (darts competition, pizza + beer promo, etc.) and cocktails are offered daily at half price (which normally costs $ 7-10) during happy hour. We really liked sitting in the bar, drinking and eating (you can order food to be served upstairs). Most of all, we liked watching the sun disappear on the horizon and the stars and the moon taking control of the sky, with a cocktail or beer in our hands. 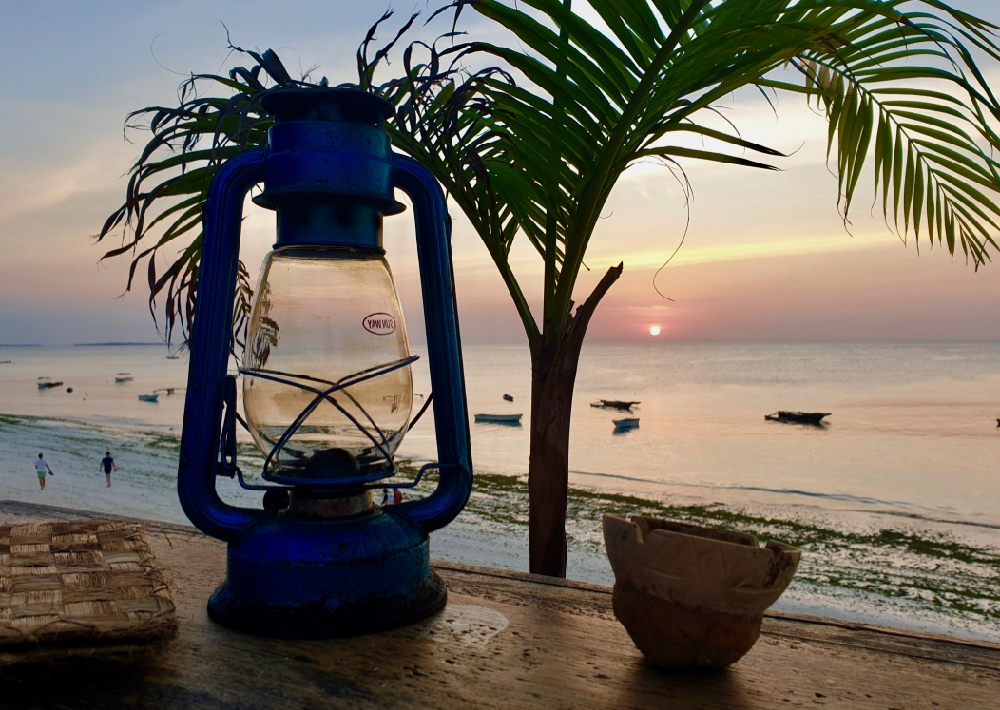 We chose this restaurant on our last night because of two things. Based on reviews, and because we dared to believe that a place having an Italian name and known for its Italian dishes might be baking pizza.

One might ask why would anyone want to eat pizza in Zanzibar? Well, because it came across on a menu in Jambiani and I ordered it, but the waitress said that the cook doesn’t feel like (!) baking pizza that night (and we weren’t the only ones who craved it!). So we had it as a mission for that night, to eat pizza and we actually ran into 3 other restaurants that had it on their menus, they weren’t willing to prepare. So yeah, by the time I was quite obsessed with the pizza story.

But Mamma Mia had it! I’m not saying we had a cathartic Italian gastronomic experience, but at least it was served along with a wonderful sunset. 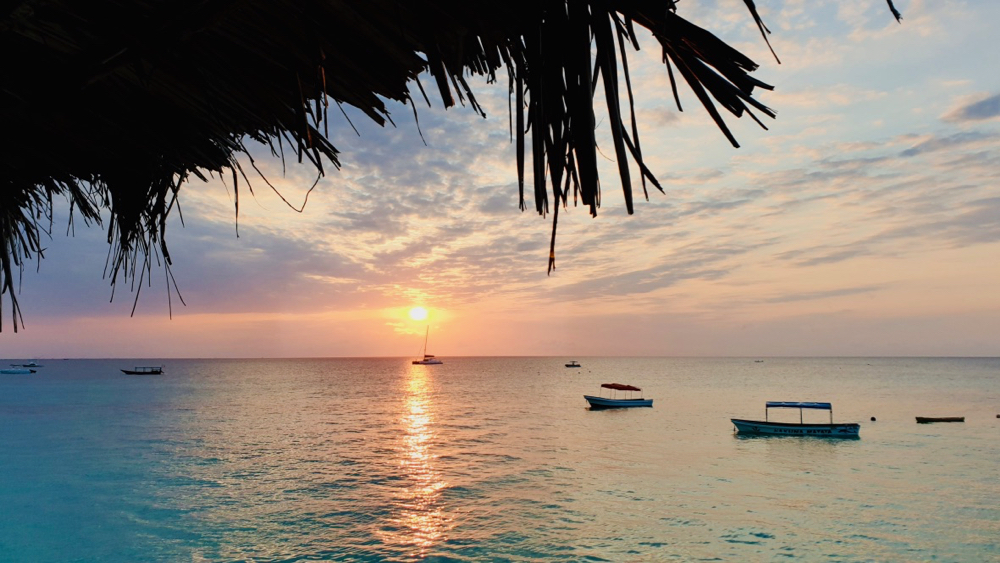 I have mentioned before that an average meal with a bottle of beer is approx. $ 10 per person, of course, depending on what we like to eat and how big of portions.

Aside from the fact that there are, of course, small, dusty tin shops like in Jambiani, Nungwi also has a “regular” supermarket, pharmacy and money exchange.

In the supermarket the local (Tanzanian, African) goods were very cheap, but imports were super expensive. If you want to buy alcohol, there are specialized shops (you should bargain the price of the booze).

Money is exchanged in many places and we discovered quite large differences in the rates, so it’s worth looking around a bit. Also note that larger and newer denominations are exchanged at a better rate.