Finland – the home of saunas, ice hockey and dog sledding 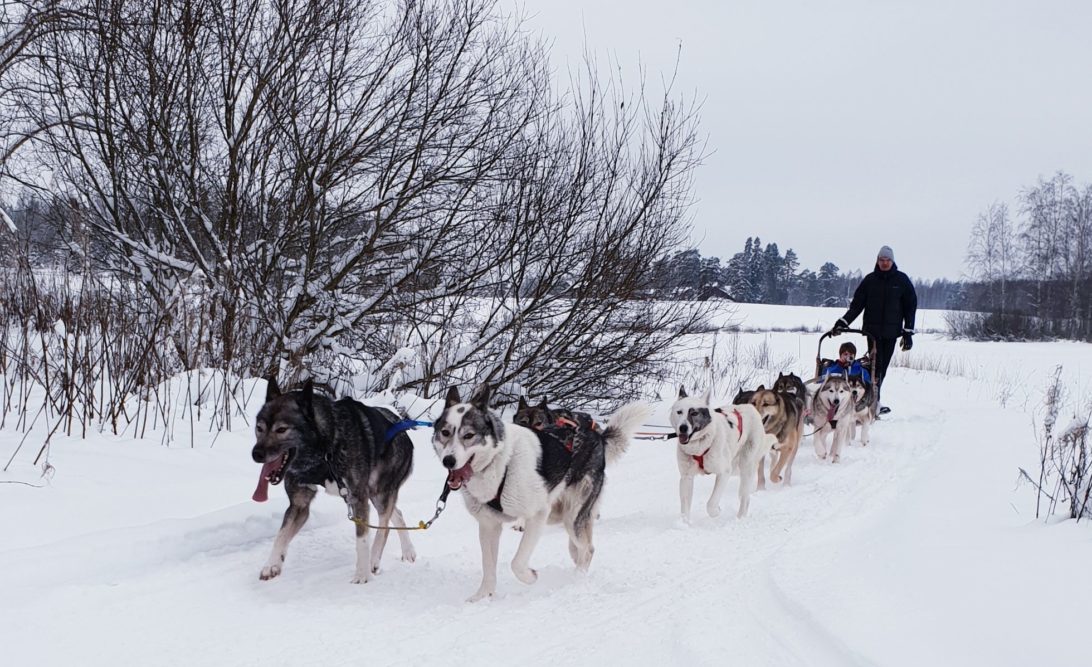 What comes to ones mind when hearing the word Finland? To me it’s clearly the following: sauna, snowy landscape, dog sledding, huge lakes, ice hockey and of course Santa Claus. Okay, Santa, as we know, comes from the north, and the Ryanair flight only takes us from Budapest to Tampere. But even only 180 km north-west of Helsinki we can gather unforgettable memories of what this wonderful Scandinavian country has to offer. Well, except the real Santa with the long white beard…

If someone is planning for the winter season (or will be a victim of a flush – as we were) – I recommend the 3 following unforgettable and unmissable snowy programs:

Of course dog sledding is on the top of my list, as such opportunity rarely appears in someone’s life, so if you have the chance, take it right away! One of the basic conditions for dog sledding though is snow, and that of the right amount and quality. Fortunately we were lucky to have all the circumstances near Tampere at our time of visit, so after getting to know the site and the Siberian huskies, we experiences a short, but super exciting slide. 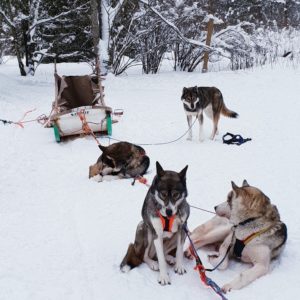 The program itself can take several hours, as you can not only ride, but you can get to know and play with the dogs. After the huskies have run their rounds, the owner invites his guests to the snow-covered teepee to warm up and taste some Finnish delights: sausage freshly grilled on open fire and tea or coffee. Meanwhile, he tells interesting stories about Lapland, the doggies, his own life, the Finns, the country, and history. 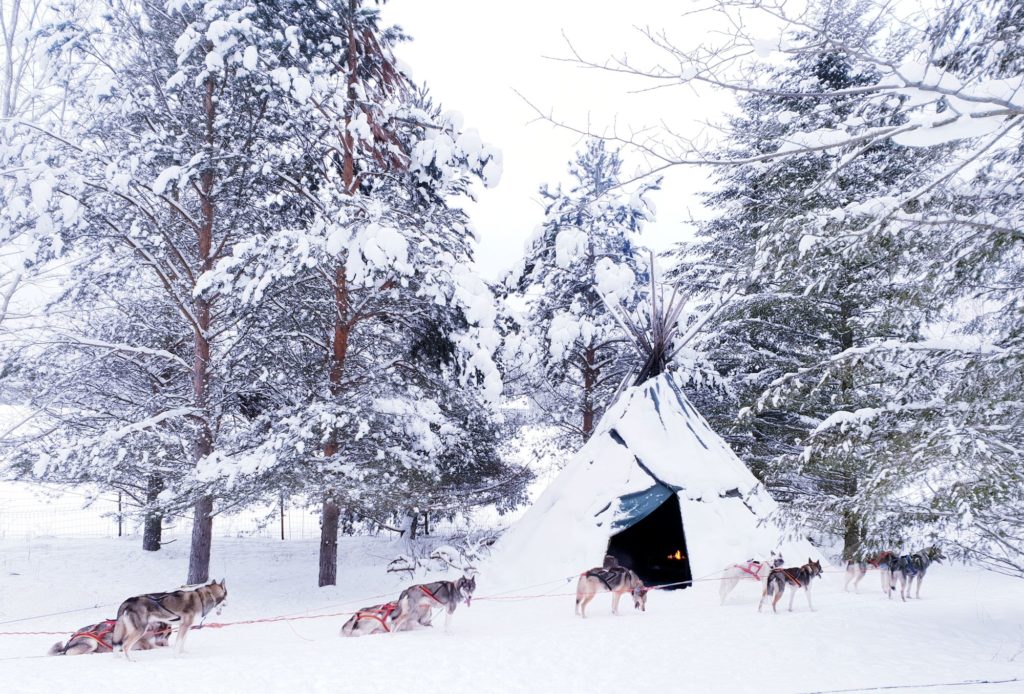 In fact, we’ve spent such an amazing afternoon with Erkki and his huskies that it deserves a separate post.

It is no secret to anyone that Finland’s national sport is ice hockey. It is no wonder, because skates in the winter for kindergarteners in schools are as obligatory as toggle slippers for kids in our institutes. During the afternoons the little ones skate in the yard of the schools. Ice skating rinks around housing estates are at least as frequent as football pitches of our residential districts in Hungary or Slovakia, so the little ones can practice ice skating any time and free of charge. Of course a cold winter is needed to have the rinks freeze, and in better cases, there is a thick layer of ice on the lakes, which people use for ice skating among other activities.

But back to ice hockey. We were beyond lucky, as during our stay the in Tampere the two local rivals played against each other: Tappara and Ilves. It’s basically like a football match between Real Madrid and Atletico Madrid or Chelsea and Arsenal. Only that it’s hockey which is not as hot of a sport as football.. But in the north it is, they love it! So we we bought the tickets and got the opportunity to observe how the otherwise low-key and very moderated Finns celebrate their national sporting event. 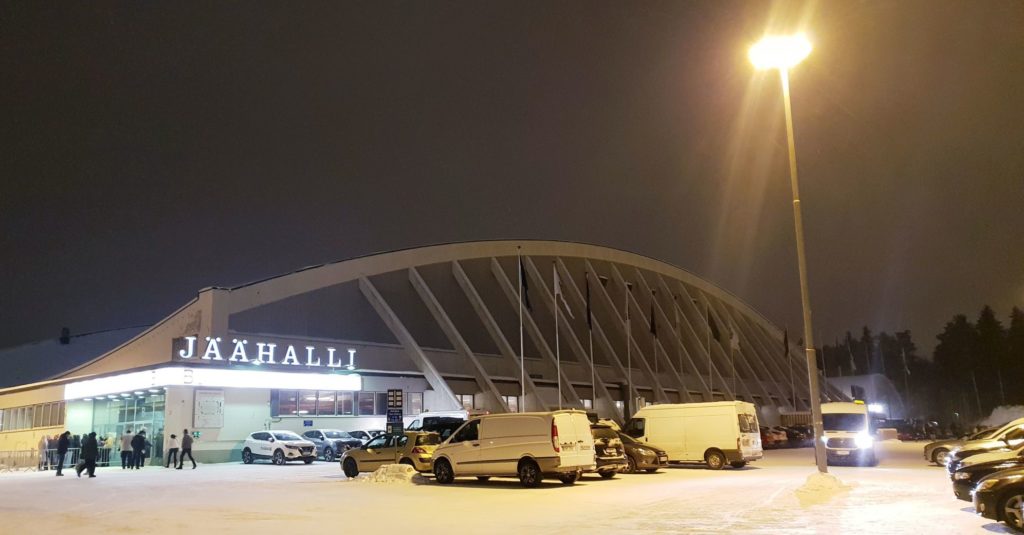 When just seconds before the kick off we landed at Tampare Ice Stadium, we could hardly see empty chairs in the auditorium, the stadium with it’s 7300 chairs was almost on full house. The burgundy-blue and yellow-green teams were already dancing on the ice, and the cheerleaders of the local team – mostly milky-blond ladies – entertained the audience (mostly men). In one of the corners the host’s hard core supporters chanted their own anthem, in response from the other side whistling and drumming was heard from the rival fans’ camp. The match was quite exciting, since Tappara – that was standing at 2nd place in the league – was defeated at home 4: 1 by Ilves – a team that is one of the tail-enders in the division. 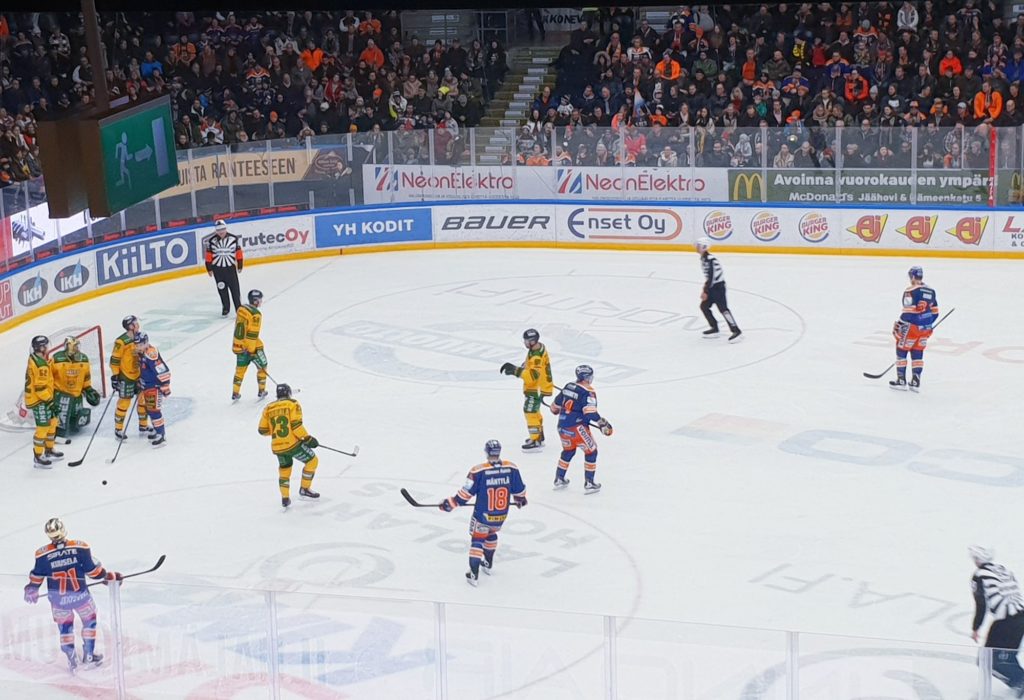 Tickets can be purchased on the the site of Finnish Ticketmaster. Bringing food and drinks to the stadium is prohibited! If someone gets thirsty or hungry during a match, there are plenty of opportunities in the stadium’s bars to get some drinks and snacks. You have to reach deep into your pocket though, a local 0,5 beer is sold for 8 EUR.

Since 2018, Tampere has been officially declared the capital of saunas, and is home to many classical smaller or larger sweating-rooms. In addition, Rajaportti Sauna, the oldest operating unit in Finland, has been operating here since 1906, almost in its original form. Here women and men sweat in separate cabins, therefore we chose another one that was coed, so women and men could enjoy the heat together. The Rauhaniemi Sauna in the north-eastern part of Tampere seemed to be the perfect choice, as it stands directly on the shore of Lake Näsijärvi. There we had the chance to cool ourselves down between 2 sessions in the 1 degree ice water of the lake.

When we arrived at the scene, to put it mildly, I (also) literally froze seeing people in bathing suits (well, some of them had hats on), on top of that being barefoot or in slippers, walking in the snow to the avanto (artificial or natural hole on the lake’s surface). The sauna’s door handle went hand-to-hand. After a good sweat people walked out, strolled down to the avanto, quickly dipped (some were swimming) in the 1 degree water, then chilled a little more in -8 degrees – while sipping tea from their thermoses and cooking sausages under a grill. As if nothing was happening. The whistling wind and the mild snowfall just added to this magic 🙂 We thought: no guts, no glory; so we quickly changed and dived ourselves into the true Finnish feeling of life. 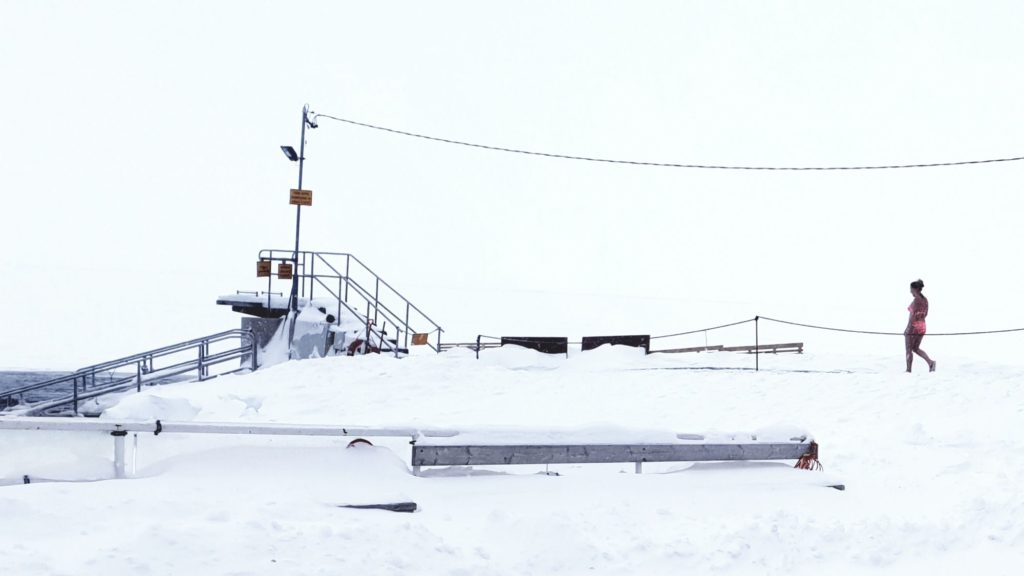 The entrance fee is 7 Eur / person and the opening hours can be found on the center’s website.